Currently the way I do this is as follows:

This is quite tricky and required a fair bit of time to figure out.

I've seen another solution of mounting /etc/passwd and /etc/group but this exposes way more info in the container than necessary (which is just one line of each file). So for me this is not a solution.

In any case the above enables multiple simultaneous shells, each one running as either root or runuser, in latter case the UID and GROUP_ID will match that of host user who started the container, and all shells can be exited without terminating the container.

One caveat is that there will still be files owned by the original user ID that got created in the Dockerfile. Eg if the useradd command in Dockerfile created user runuser with ID 2000, and then in Dockerfile other commands are run as that user that creates files, the files will have ownership by user ID 2000. The docker exec that is run later changes the runuser ID to something else, but this does not change the ownership of any files already created. Therefore, you may need to chown those files via an additional docker exec. Eg

In the small script I additionally have a check to determine if the container is already running, in that case it skips the docker run, and also to easy choose between runuser and root: 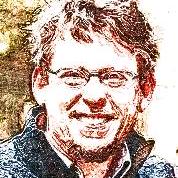